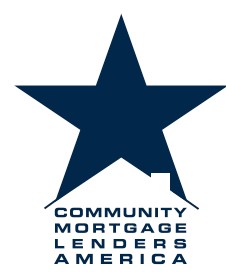 We write to urge you not to put reform of Fannie Mae and Freddie Mac on hold while waiting for comprehensive Congressional reform. Instead, we urge you to take action to re-build the GSEs’ capital reserves and to develop a plan for them to emerge from their 7-year long conservatorship.   We believe these steps are vital to maintain and improve the availability and affordability of home mortgage financing for American homebuyers, many of whom are now locked out of homeownership.

The need to take these actions now is reinforced by the $501 million third quarter comprehensive  loss just reported by Freddie Mac – a “loss” precipitated solely by an accounting adjustment related to a hedge against risk.  Under the Sweep Agreement, Freddie Mac’s reserves are being depleted by this amount in spite of the tens of billions of dollars in excess profits the GSEs have contributed to taxpayers in recent years.

In recent weeks Treasury Secretary Lew, Housing Policy Advisor Stegman and Treasury official Antonio Weiss said that your Administration would neither allow the GSEs to rebuild capital nor to emerge from conservatorship. Instead, your officials said, it is better to wait for legislative action by Congress.

As you know, however, that will simply not happen for many years to come. Moreover, we strongly disagree that legislation is required to continue reforms of the GSEs and begin restoring mortgage financing to millions of potential homebuyers. Tight credit conditions have resulted in 4 million American families being shut out of the credit markets, according to an April 2015 study of the impact on tight credit standards 2009 through 2013 by the Urban Institute. Moreover, holding the GSEs in extended conservatorship contributed to these tight credit conditions, according to the authors of an Urban Institute 2013 study on how this tight credit box could be opened.

All efforts should be focused on how we can prudently extend credit to these families. Clearly, Fannie Mae and Freddie Mac need to be a vital part of that solution. However, as long as these entities are inadequately capitalized their ability to do is, by definition, restricted.

We represent small and mid-size community-based mortgage lenders whose businesses provide affordable home loans. The ability to provide this financing at affordable rates depends upon their continued access to mortgage credit that Fannie Mae and Freddie Mac provide for conventional loans that serve our nation’s local communities.

To date, your Administration has provided strong financial support to the GSEs through the Senior Preferred Stock Purchase Agreements (PSPA). However, under the current PSPA terms, the GSEs are prohibited from rebuilding capital. Moreover, the PSPAs actually require Fannie and Freddie to deplete all capital to zero by 2018. This exposure leaves the GSEs vulnerable to any volatility in their earnings, which in turn risks another infusion of taxpayer dollars.

The risks inherent in this zero capital requirement was evidenced today as Freddie Mac reported a $501 million third quarter comprehensive “loss, “ further draining Freddie’s reserves.  In fact, Freddie Mac had a profit on its core business – but only reported a loss because of an accounting “mark to market” adjustment related to hedging activities that are designed to reduce risk.  Ironically, just the quarter before Freddie Mac reported a $1.5 billion gain from these very same hedging activities.  But under the Sweep Agreement, the 2nd quarter profits – which for Freddie were $3.9 billion – were taken away – but the $501 million 3rd quarter net loss comes out of their reserves.

This is arbitrary and unfair.  Moreover, each GSE now holds less than $2 billion in reserves – and under the Sweep Agreement, $600 million in reserves is taken away in each of the next few years.  As a result, it is only a matter of time until the GSEs will run out of reserves and be forced to get an advance from Treasury – notwithstanding that the GSEs paid back all their Treasury advances plus tens of billions in additional profits.

This potential to tap the Treasury can only have negative political repercussions and tighten lending even further, particularly if some refer to such an action as a “bailout.” That is a misleading term since the GSEs have been prohibited from retaining profits as capital, which could in fact obfuscate the need for additional taxpayer dollars.

Therefore, we have two recommendations.  First, the PSPA Sweep Agreement should be amended to allow the GSEs to build a capital buffer. The Administration used its authority under the statute to establish the PSPAs; it can use this same authority to modify it and does not need to wait for Congressional action.

Second, the Administration can act now to help remove the uncertainty that shrouds the viability and the future of the GSEs. There is ample statutory authority to direct the GSEs’ Conservator, the Federal Housing Finance Agency (FHFA), to move toward releasing the GSEs from conservatorship. This authority is embedded in the Housing Economic Reform Act of 2008 (HERA), under which Congress created the FHFA to be the GSE conservator. As such, the FHFA has certain responsibilities, one of which is an obligation to return the GSEs to a sound economic position that helps ensure their long-term viability. In fact, HERA grants the FHFA the authority to allow the GSEs to both rebuild capital and to end the conservatorship. A plan out of conservatorship can be implemented through amendments to the PSPAs. Such amendments should establish Fannie and Freddie as utilities in the mortgage market, providing needed liquidity and capital markets access to small and mid-size lenders and the consumers they serve.

This can be done while avoiding the risk factors that caused the establishment of the conservatorships in 2008.   FHFA is already pursuing risk sharing, to shift taxpayer risk away from the taxpayers and interject more private market discipline – a factor that was critically lacking in the period leading up to the GSEs’ conservatorship. Moreover, in contrast to the period leading up to the conservatorship, FHFA is acting as a strong regulator of both GSE products and activities.

Additional transitional steps can be taken to avoid the failed pre-2008 approach of private gain and public loss. For example, taxpayers should be compensated for the risk they take to guarantee the underlying mortgage backed securities.

Finally, the steps we advocate do not preclude Congress from acting on comprehensive GSE reform.  In fact, we believe they provide an important transition, making it easer for Congress to ultimately act.

We stand ready and able to work with your Administration to help in the creation of a plan that will safely transition the GSEs and empower those currently locked out of the market to become homeowners.